There’s something so special about finding out your expecting a baby; whether it’s your first, your second, or even your fifth. I have been photographing Alexis and Frank since I started my business about 7 years ago. Carter had to have only been between 6-7 I believe. Now they’ve added sweet Oliver into the mix, and SURPRISE, another baby is on the way!

Alexis reached out to me to tell me she was pregnant and wanted to do a photoshoot to announce it to Frank. Thankfully, it was right around her birthday so we were able to disguise this shoot as a little “gift” to her for her upcoming birthday. Little did Frank and Carter know, we were giving them a gift as well, an announcement of a new baby!

We headed out to the beautiful Arizona desert on the outskirts of Cave Creek to photograph their family photos. Alexis snuck her ultrasound photo into my bag where I had told her previously to put her “keys” so that everything was out of their pockets. Once the time was right, I had Frank and Alexis go back to back for “a cute new couples pose I wanted to try out” and I went over to “adjust” Alexis to give her the ultrasound photo to surprise Frank with.

Now on the count of three…One…Two… Three. SURPRISE! As you can see, Frank was TOTALLY surprised and even had tears well up in his eyes. I was shaking SO bad because of all of the nerves. I was SO excited for them. Everyone was so excited, maybe except Ollie because he is the baby and probably wants to stay the baby if you ask him, haha!

Frank is convinced that this baby was in another boy, even merely seconds after finding out Alexis was expecting their newest baby. I could only giggle when Alexis told me that Frank believes he can only make boys, but soon enough we will find out!

I can’t wait for the Corella family to embark on their newest journey of being a family of five and can’t wait to take you along the way to meet Baby Corella once SHE or he (but let’s be honest, I’m rooting for a girl), is earth side in January! 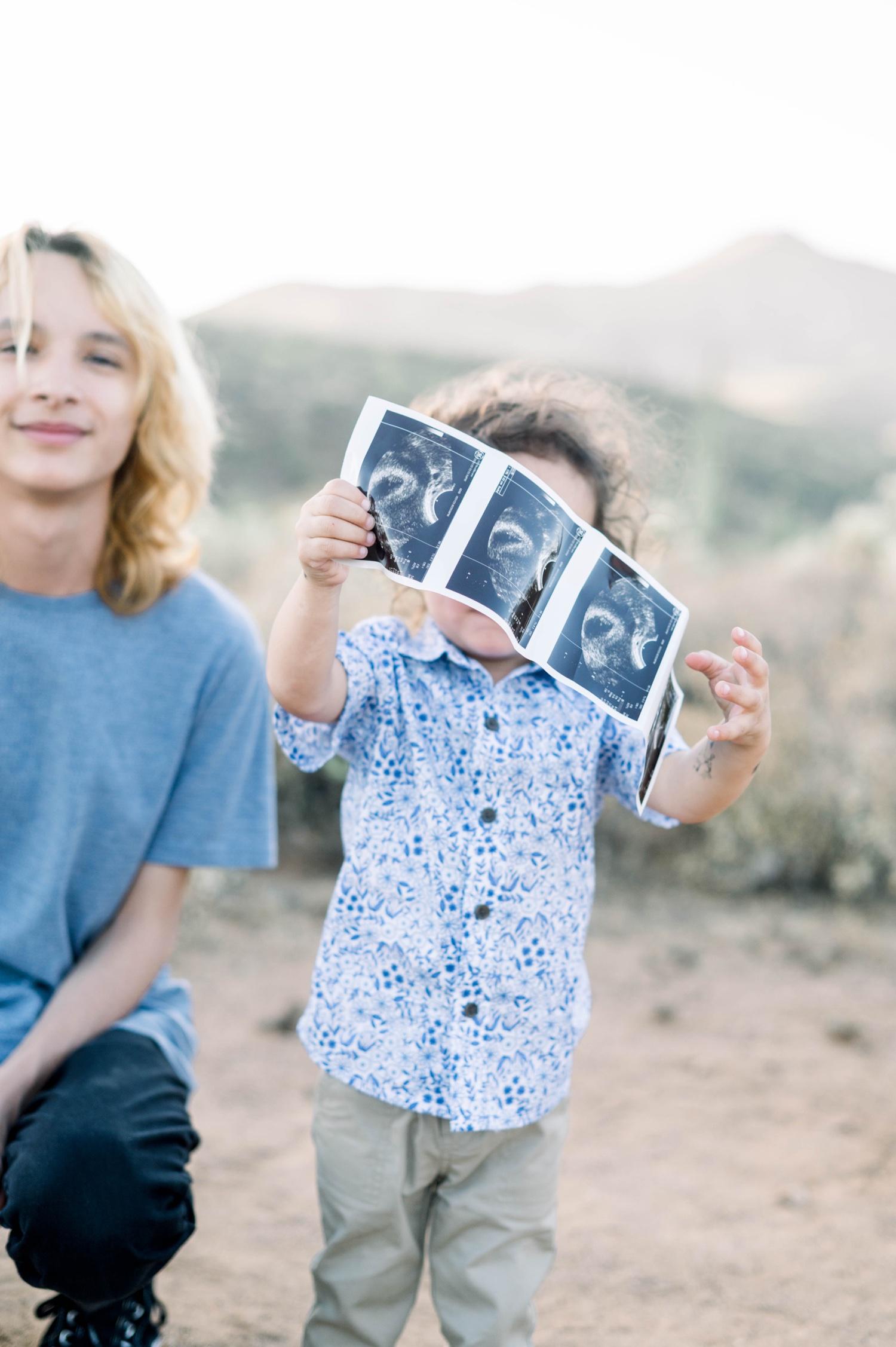